Calls for fuel levy cuts may fall on deaf ears 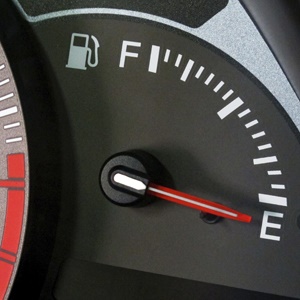 The calls by political parties and civil society for cuts to the fuel levy and the Road Accident Fund (RAF) levy could just be populist noise that might not get a hearing.

However, relief to consumers could come in the form of more items that are free of VAT.

The ANC, DA, Inkatha Freedom Party (IFP) and Organisation Undoing Tax Abuse (OUTA) have all made calls for changes to the fuel price.

IFP MP and national spokesperson Mkhuleko Hlengwa said the party would like the government to cut the petrol price by R5.30 a litre by removing both the fuel levy, which is at R3.37 a litre now, and the RAF levy of R1.93 a litre.

In April the fuel levy increased by 22c a litre, or a 7% hike, and the RAF levy rose by 30c, or an 18% increase. In June the ANC urged the government to “seriously consider freezing or decreasing the fuel levy”. DA leader Mmusi Maimane urged President Cyril Ramaphosa earlier this month to reduce fuel prices and OUTA has called for a cut to the fuel levy.

But Investec economist Annabel Bishop said this week that the petrol price had risen by R2.26/litre since April, increasing pressure on household finances, with the VAT and other consumer tax increases since then.

“This has led government to seek alleviation measures, with even a reversal of the VAT increase considered. Although it is unlikely, such a reversal [in the VAT hike] could take place only at October’s medium-term budgetary policy statement,” Bishop said.

The problem is that the government relies on the fuel levy as a key source of income. In the tax year ending March, the fuel levy earned R71.3 billion in tax and the RAF levy raised R35.6 billion.

Isaac Matshego, a Nedbank economist, said the calls by political parties and others didn’t take into consideration the effect of a cut or halt to the fuel levy on the fiscus, as such a change would cut government tax revenue.

“I don’t believe the government will heed these calls. There is already a wide budget deficit.” A loss in government income would see a response from the rating agencies, Matshego said. The government’s credit rating is already rated at “junk” status by S&P Global and Fitch Ratings; Moody’s Investors Service still has the country on the last rung of investment grade.

A cut in the fuel levy would see the government hiking other taxes to compensate for revenue loss.

Matshego said a reworking of the budget to accommodate a change in the fuel levy at the medium-term budgetary policy statement in October was unlikely as the government announced changes to taxes only in February each year in the budget speech.

A major change to taxes at the medium-term budgetary policy statement would damage the credibility of the government and would point to “political expediency” ahead of next year’s elections.

Where there could be relief was in the area of VAT. More basic food items could be placed into the VAT free category, Matshego said.

In its final report on VAT released in March this year, the Davis tax committee, said the zero rating of basic foodstuff was “not optimal” from an economic efficiency point of view as the concession was of significantly greater benefit to more affluent households.

“Theoretically, it must always be better to rather collect the tax revenue and redistribute the additional income through a targeted transfer to the poor,” the committee said.

The Food and Allied Workers’ Union this week called for poultry and white bread to be added to the existing list of VAT-free items.