Good news for motorists in the New Year: petrol price set for a decrease in January – AA 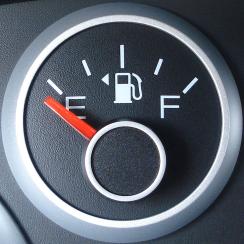 After the festive season, motorists will be happy to hear that a fuel price drop is set for the New Year.

Petrol and illuminating paraffin are set for price drops in January, while a fractional increase is on the cards for diesel. This is according to the Automobile Association (AA), which based its outlook on unaudited mid-month fuel price data released by the Central Energy Fund. The current picture for January is pointing to a decrease in petrol of up to 17 cents a litre, with diesel up by a cent, and illuminating paraffin lower by four cents.

“The Rand has held steady during the first half of December, even appreciating slightly against the US dollar. This has contributed approximately nine cents in price relief.

“Meanwhile, the landed price of fuels has been mixed, with petrol down slightly, while diesel is up,” says the AA.

The Association says the Rand is on an impressive run of stability which dates back to the start of November, with the trend very slightly stronger against the US dollar.

In addition, basic fuel prices have also kept within a fairly narrow band which has insulated the motorist against the kind of steep price swings seen earlier in the year.

“Although there has been a slight upward oil price trend that has manifested over the past few days, it is too early to tell whether this will persist. Barring any unforeseen surprises, we expect 2020 will kick off with only modest fuel price changes,” the AA concludes.