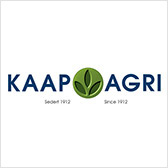 Unplanned store closures due to positive Covid-19 cases are becoming less frequent, staff members testing positive for the virus are declining, and as far as sales and profits are concerned, Kaap Agri says it is in better position than it expected.

However, the impact of the virus on people and their livelihoods still has CEO Sean Walsh worried for several reasons – most notably, the growth of the group’s retail business.

Kaap Agri’s agriculture-related business has proven to be resilient under the lockdown, with revenue down 1.2% year-on-year in the third quarter ended on 20 June. But the new area that the group has been growing aggressively, its retail business, shrank 9.3% year-on-year.

The Paarl-based agribusiness group has ploughed millions of rands over the past few years into establishing and growing its fuel retail sites as well as the quick service restaurants and convenience stores attached to it.

The businesses still contribute a smaller portion to Kaap Agri’s revenue – The Fuel Company contributed 24% to Kaap Agri’s profit before tax in 2019. The restaurants and retail accounted for about 5% of that, said Walsh.

But these were supposed to be the new growth areas for Kaap Agri, and had given the group, which predominantly focused on agriculture, the opportunity to diversify its income streams. Now, the restrictions on people’s movements, falling incomes and the ban on cigarettes sales have affected The Fuel Company the most.

Fewer people filling up at fuel stations means less footfall to the restaurants and retail outlets. In fact, while fuel sales at Kaap Agri’s The Fuel Company’s sites recovered considerably between May and June, Walsh said the retail outlets are lagging.

What we are finding is that the lack of cigarette sales is driving less footfall to the convenience shops. People are not getting out of their cars as they used to in the past and we are linking it directly to the inability to sell cigarettes,” he said.

Walsh said there is no reason to panic, though, as the company can fix its costs in these operations. But in the medium term, it plans to accelerate its diversification plans. In fact, Kaap Agri could raise capital in the next few months as there is another opportunity on the horizon, said Walsh.

“We are preparing ourselves for a large transaction that could materialise in the 18 months. Based on that we are investigating whether we should prepare our balance sheet for additional expansion,” said Walsh.

The Fuel Company, the division into which Kaap Agri has been ploughing millions of rands to grow its footprint, recorded a 54% tank in retail fuel sales in April. It recorded recovery when movement restrictions were eased from May, but total fuel litres sold were still down 16% by the end of June. Fuel price reductions during this period also cost of R6.2 million in the nine months to end-June, compared to a gain of R6.9 million last year. Walsh anticipates that on a like-for-like basis, the fuel business is going to have a much longer recovery than other parts of Kaap Agri.

“It would seem that our particular located sites are probably going to see a minus 10% on litres for a longer period of time,” said Walsh.

If litre levels do not recover to what The Fuel Company sold in the past, Walsh is not ruling out adjusting staff numbers in the retail sites, but any decision to reduce actual footprint will have to wait. In the previous financial year, The Fuel Company nine new retail fuel sites. By the end of September this year, it would have added eight more during the 2020 financial year.

“We still believe that we want to have a significant part of our business diversified to that area because it gives us access to quick service retail. We will still need further investments into that space.

“But in the short-term, yes, this has put question mark around viability around some of the sites that we are investigating. But the best thing to do is to wait and see in the next six to nine months to what degree the sites recover,” said Walsh.