Major dip in fuel price on the cards, says AA 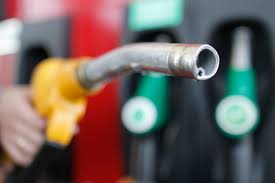 The recent strength of the rand against the US dollar could see the fuel price drop at the end of September.

• International oil prices also dropped this month, reducing in SA by more than 10% since the beginning of the month.

• The Automobile Association of South Africa predicts a reduction in the fuel price by between 26 and cents a litre.

Fuel price reductions may be on the horizon at month end. This is according to the Automobile Association (AA), which was commenting on unaudited mid-month fuel price data released by the Central Energy Fund.

“The Rand has put on a remarkable rally against the US dollar in recent weeks, with the daily exchange rate strengthening from R17.30 on August 21 to R16.70 on August 31 and since the start of September, the Rand has traded in a commendably tight range by recent standards,” says the AA.

At the same time the Rand was advancing, international oil prices were beating a retreat, with the landed price of refined fuels in South Africa slipping by more than 10% percent since September 1.

“This all adds up to a promising picture for fuel users, with the data currently showing petrol lower by between 26 and 36 cents a litre, but diesel down by a whopping 88 cents, with illuminating paraffin also showing a healthy 83-cent drop,” the Association notes.

However, the AA cautions that oil prices would likely continue to see-saw as world oil demand and supply gradually re-balance following the turbulence of the initial lockdown period of March to June. The Association also notes that it is usual at this time of year for the impending Northern Hemisphere winter to start driving demand for heating fuels, meaning pressure on refining capacity for fuel oils, including diesel.

“However, the seismic shock that Covid-19 has dealt to the world’s economy, along with high stock levels, might mean the increased winter demand for heating fuels may not be enough to translate into substantial diesel price increases. A period of further oil price and Rand stability would give a much-needed breather to South African fuel users,” the Association concludes.