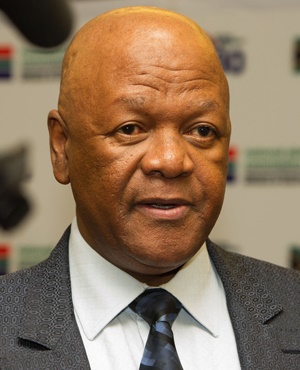 Parliament’s portfolio committee on energy was left fuming on Tuesday morning when the Department of Energy failed to send any officials to its meeting on fuel price increases that have rocked South African households.

The committee resolved that it would write to Minister of Energy Jeff Radebe to voice its dissatisfaction at being left in the lurch. Committee members said they would summon him to appear before Parliament next week Tuesday.

Radebe is currently understood to be in Windhoek, Namibia, for a Southern African Development Community summit. He sent his apologies to the committee last week. The committee expected that a department delegation would appear before it on his behalf.

The department was scheduled to discuss factors behind the increase in the petrol price which is at record highs.

However, when members of the committee arrived at the committee room and took up their seats at the table on Tuesday morning, it soon became clear that the seats on the opposite end of the table – reserved for a department delegation – would all remain empty.

A visibly flustered and annoyed committee chairperson, Fikile Majola, told the committee that the department, as well as the minister knew about the meeting for at least two weeks,. He said failing to send even a single official was unacceptable.

“I understand why the minister has sent apologies last week and is in Windhoek but I do not understand why the deputy minister or the director general are not here or why they have not tabled apologies. Before I say what happens next, I would ask what you have to say, but I am not impressed,” said Majola.

Majola said the minister gave the committee a letter on Monday 6 August to say that he would not be able to attend, asking if officials could attend in his place. The committee agreed that this was in order last week Monday.

On Thursday 9 August, the committee secretary told Majola that the minister would in fact like to address the meeting himself, given the importance of the matter. Majola said he agreed that this was in order but that the department did not seek a postponement or indicate that they could not attend.

Committee member for the DA Gavin Davis said the country had been waiting for the minister to communicate his plans to keep the fuel price down.

“I have never seen this before, where the committee has a scheduled meeting and the department just does not show up. I don’t think we have had a problem like this where the fuel price hurts consumers in their pockets,” said Davis.

Committee member for the ANC Zukisa Faku said while it was not the first time that a meeting has been postponed in Parliament because of the unavailability of a minister, this case was worse because the entire department did not show up.

Jan Esterhuizen of the IFP said: “If we could have taken the time to be here and make the effort to show up, and this department was notified in time, they should have been here. The fuel price is a critical issue.”

Majola concluded the meeting with a stern warning. “The minister must be clear that we will not tolerate this. We are not here at the minister’s behest. We are an independent arm of the state. There are times when we can accept genuine reasons for absence, but we cannot accept a boycott of the meeting, because that is what this is.”