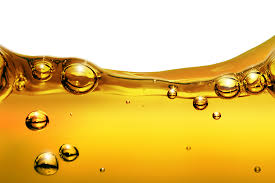 The Department of Mineral Resources and Energy (DMRE) will revise regulations prohibiting the retail sale of petrol and diesel to the public in portable containers, it said in a statement on Friday.

The department on Thursday had issued regulations in the interests of public safety amid ongoing unrest. It also discouraged the public from panic buying and hoarding of fuels.

But concerns were raised about the “valid” use of containers to purchase petrol and diesel for various reasons, it said.  The department noted the “anxiety and confusion” that may have been created due to the prohibition, among “regular and valid” consumers, it said. In response, the DMRE will now amend the definition of “container”.

“For the purposes of these regulations, a ‘container’ refers to an object that is not approved for the holding or transporting of petrol and diesel according to the relevant South African National Standards. An amendment that contains the revised definition will be issued and gazetted soon,” the statement read.

It also highlighted that fuel supply in areas affected by the unrest is gradually returning to normal.

“Fuel shortages in areas not affected by the unrests are not expected to materialise,” the department said.

Craig Morkel, CEO of iKapa Energy earlier told Fin24 that the regulations are likely needed to avoid stockpiling, or to prevent fuels from being weaponised in riots.

However, there are many consumers who would rely on back-up power provided by generators reliant on diesel, he explained. For example, people who might rely on ventilators for oxygen or dialysis machines. Hospitals and clinics also have generators and would need to buy fuel to operate them.

“The regulations do not, but should make provision for exemptions from the prohibition on the retailing of fuel in containers in special cases, such as fuel for backup power generation, especially at essential service facilities, such hospitals, clinics and homes, during load shedding,” said Morkel.

He emphasised that regulations need to make provision for exemptions for essential fuel needs.

Non-profit platform DearSA meanwhile wants to the department to repeal the regulations, due to a lack of public participation in its drafting. DearSA wants the department to make the amendment less restrictive by outlining a list of exceptions that would apply, after giving the public time to make presentations and deliver commentary.