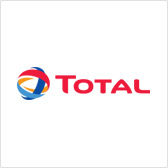 Total South Africa on Wednesday announced a second gas discovery in the country, a year after another find off the shore of Mossel Bay.

The Luiperd well is located in the Outeniqua Basin, some 175 kilometers off the southern coast, which is adjacent to the Brulpadda well, making the region the country’s new gas frontier.

The company said the site, which covers 19,000 square kilometers will be tested to assess the dynamic reservoir characteristics and deliverability.

Total holds a 45 percent interest in the block, a 25 percent stake is controlled by Qatar Petroleum, while CNR International and Main Street, a South African consortium have a 20 and 10 percent respectively,

Main Street is 51% percent owned by Arostyle Investments which has Phuthuma Nhleko, the former chairman of the MTN board, as one of its director.

“Total and its partners have acquired important data on the Paddavissie fairway, which will help to progress development studies and engage with South African authorities regarding the possible conditions of the gas commercialisation,” said Arnaud Breuillac, President of Exploration and Production.

The Brulpadda discovery in 2019 was hailed as a game-changer for the country which largely depends on imports.

The Mineral Resources and Energy, Gwede Mantashe, said the new discovery will further support government’s initiatives to revitalise the National Petroleum Company. In June, Cabinet approved the establishment of the entity which would merge the Central Energy Fund, the Strategic Fuel Fund, iGas and PetroSA.

According to Mantashe, the exploration process of the gas project will inject R1.5 billion into the economy and create employment.

Government is also finalising the Upstream Petroleum Development Bill which is expected to provide an operational framework for the oil and gas sector.