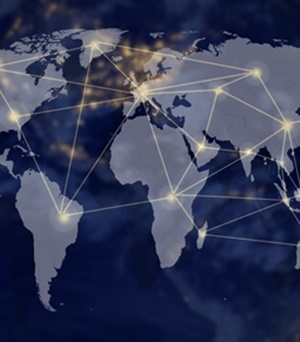 US president Donald Trump has pulled out of a deal with Iran and chosen to re-impose sanctions on the country – which spells bad news for the rand, the petrol price, and any businesses tied up in the Middle Eastern nation.

On 8 May 2018 the US announced its decision to withdraw from the Joint Comprehensive Plan of Action (JCPOA) agreement and to re-impose economic sanctions against Iran.

Under the terms of the 2015 agreement, sanctions imposed on Iran by the United States, European Union and United Nations would be lifted in return for the country agreeing to long-term curbs on a nuclear programme that western nations believed was aimed at creating a nuclear bomb.

However, Trump was not having it, calling it a ‘rotten deal’ and saying instead that stronger restrictions on Iran were needed.

“We cannot prevent an Iranian nuclear bomb under the decaying and rotten structure of the current agreement,” he said.

“We will not allow American cities to be threatened with destruction and we will not allow a regime that chants ‘Death to America’ to gain access to the most deadly weapons on Earth.”

What this means for petrol prices

While South Africa is relatively far-removed from the USA’s political affairs in the Middle East, it is definitely not exempt from feeling the resulting effects in the market.

One of the first ways the decision by Trump will hit local shores is through the energy market, which analysts say will likely become even more volatile and send oil prices even higher.

Sources within the US energy industry, speaking to CNN Money, said that tighter sanctions on Iran will see around 1 million barrels of oil pulled from the market. When combined with elections in Venezuela, which could disrupt oil production there, the oil price could spike as high as $80 a barrel in the short-term.

When the oil price spiked to $70 a barrel at the end of April 2017, combined with the weakening rand, the local fuel prices showed an under-recovery of almost R1.

Since then, the rand has continued to weaken against the dollar – and with a rising oil price almost certainly on the cards thanks to Trump, this means motorists can expect even more pain at the pumps in June.

According to the Automobile Association, the oil price is linked to global petroleum prices (though not always directly), and as things currently stand, South Africans are almost definitely going to see a petrol price increase in June – the question is by how much.

Without a reversal of current trends, the AA said it is likely to be “quite steep”. The latest data from the department of energy (as at 7 May) shows an under-recovery of 75 cents for petrol, and 85 cents for diesel. These numbers could change by month-end.

According to Andre Botha, senior currency dealer at TreasuryONE, Trump’s move to come down hard on Iran is bad for the entire global economy – but it is especially bad news for the rand.

“This will have a detrimental effect on the world economy with lower growth and could be a huge factor in the next recession,” Botha said.

Putting everything in perspective for the rand, in particular, Botha pointed to the massive rally in the US dollar in the past couple of weeks, noting that the rand has stayed firmly in mid-table when looking at its fellow EM brethren.

“This suggests that it is a US dollar play at the moment and not a rand-specific issue that is driving the currency at the moment. We need a let up of the current US dollar momentum for the rand to catch a breath and start to retrace some of its losses,” he said.

With the US dollar on the front foot currently, Botha said the rand is expected to weaken further today and quite possibly to test the R12.7000 level again.

“A sustained break of this level opens up the debate for the rand trading up to the R13.00 level,” he said.

On Wednesday morning, the rand was already feeling the effects of the move, trading weaker against major currencies:

The call will also have an impact on any South African businesses that have operations in Iran or do business with the country.

Most notably, mobile operator MTN has a large presence in the country, and has told shareholders that Trump’s call could make it difficult for the company to repatriate R3 billion that is still owed to it.

During 2018 MTN Group has repatriated approximately €88 million (R1.3 billion) from MTN Irancell including €61 million (R915 million) relating to the full 2017 dividend due to MTN as well as a further €27 million (R400 million) of historic dividends, it said.

The remaining balance due to MTN is approximately IRR10,000 billion (approximately €200 million or R3 billion).

“We will continue to monitor the situation including the response of the Iranian authorities and the other JCPOA members,” it said.