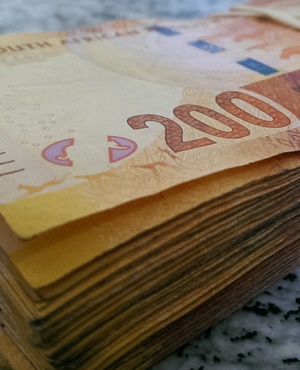 Johannesburg – The path ahead looks challenging for the rand if oil prices are anything to go by.

Concern that US President Donald Trump’s measures will trigger a trade war may hamper global growth and weaken demand for oil, according to Nedbank technical analyst Mehul Daya.

“Oil leads the rand,” said Daya. “Sixty percent of the movement in the rand can be explained by changes in the oil price since 1990.

”Talk of tit-for-tat tariffs” has already affected the rand.

The yield on rand-denominated bonds due December 2026 jumped seven basis points to 8.09%. Johannesburg’s equity benchmark tumbled 2.3% as escalating tensions between the US and China dragged emerging markets lower. It eventually closed 0.48% weaker.

“It’s all due to those trade wars and a lot of uncertainty,” said Marius Grobler, a trader at Unum Capital. “Investors are seeing a lot of fear on the market.”

Since 2016, oil has recovered from about $28 to $68 a barrel. This supported rand strength against the dollar from a level of above 16 per US dollar to the current spot price of under 12, according to Nedbank.

“The current oil price implies a fair value for the rand of 11.70/$, which is very close to where we are currently trading,” Nedbank analysts Daya and Walter de Wet wrote in a note to clients.

Investor expectation for lower oil prices may weaken the South African currency by as much as 5.9%, they said.

“Notably using these forecasts implies that the fair value for USDZAR will likely be in the range of 12.22 and 12.44 over the next two quarters.”