Worried about the fuel price? You might want to consider these used fuel-efficient vehicles 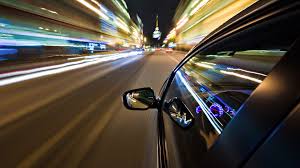 The Automobile Association of South Africa (AASA) confirmed that the cost of petrol would puncture the ceiling this December as a single litre of unleaded 95-octane petrol will cost you more than R20 per litre depending on where you’re filling up in South Africa.

The price of all grades of petrol rose by 81 cents a litre from 1 December 2021, crushing through the R20 per litre barrier for the first time in South Africa to reach R20.13 per litre for 93 unleaded and R20.35 per litre for 95 unleaded.

Diesel rises by as much as 75 cents per litre and illuminating paraffin by 42 cents per litre. The AA said this “fuel price disaster” is entirely homegrown. “Internationally, oil prices have pulled back from their recent highs, and Brent Crude is currently trading around USD75 a barrel. The majority of this month’s under-recovery is because of the weakening of the Rand against the US dollar,” the AA notes.

Exchange rates aside, it’s going to cost you a lot more to fill up this holiday season and in the new year as the effect of Omicron on the global economy and fuel production industry is still to be determined. If you’re driving a gas-guzzling V8 petrol vehicle or a high-performance sedan or hatchback, now might be the perfect time to part ways with your pride and joy before thirsty cars become less sought after.

We scrubbed the AutoTrader website to find cool alternative cars to downsize to and came up with these gems that might resonate with your mobility requirements.

Are you considering a move to a more fuel-efficient vehicle? What make and model are you feeling, and why? Let us know in the comments section below, or please send us an email here.

The price of fuel in South Africa has breached R20/litre. This will have a ripple effect on everyone’s livelihood, given that the increase will negatively impact the costs of your basic essentials.

If you drive an older sedan and it’s chugging fuel, you might want to get rid of it and consider something like the Audi A4 2.0TDI. We know that sedan people are sedan people and that you might not be willing to change body styles, which is why the timeless shape (inside and out) of the Audi A4 might resonate with you. The Audi A4 2.0TDI model uses a claimed 4.1 litres per 100km on average, and thanks to its 54-litre fuel tank, you’ll be able to theoretically cover at least 1300km on a tank if driven with a very gentle right foot. Also, consider the venerable BMW 320d and the Mercedes-Benz C220 CDI when searching for a fuel-saver in this vehicle class.

South Africans love two-door cars, and the BMW 2 Series is one of our favourites. This entry-level 220i caught our attention because of its relatively low asking price and its optional equipment. The 220i packs a fruity 2.0-litre four-cylinder petrol engine that loves to rev and perform, but as a bonus, it sips a claimed 5.5 litres per 100km on average (good for up to 900km per tank). Of course, you’ll have to be very gentle with the accelerator pedal to achieve this sort of average fuel consumption, but if they claim it, we know drivers can achieve it. You might miss your V6 or straight-six coupe, but the sublime handling and rear-wheel drive character of the 2 Series will make you smile if you give it a chance. A 2.0-litre Audi TT could work well too in this vehicle class, and if you’re feeling particularly adventurous, you can look for an older Peugeot RCZ with low mileage as those have depreciated nicely.

While it’s nice to have the torque that a 3.0-litre and above engine provides, there’s no doubt that you’ll be saving a whole lot of money on diesel if you swap your big-bore bakkie out for a 2.2-litre four-cylinder TDCi Ranger. This one caught our eye on AutoTrader as it comes in less than R500 000, and it has an automatic gearbox.

The Ford Ranger is one of South Africa’s most popular vehicles, and Ford recently announced that it will launch an all-new version of the bakkie in South Africa in 2022. XLT specification Ford Rangers come with most of the creature comforts you’ll need in a respectable daily driver. This bakkie uses a claimed 7.5 litres per 100km for a range of approximately 1000km per tank. Also, consider the recently introduced JAC T8 if you prefer something new or if you want to try something different.

We’ve had nothing but good experiences with the Kia Sportage, and while the petrol versions might chug a little more fuel than we like, it’s these diesel variants that strike a sweet chord for people looking to reduce their fuel usage. The 2.0CRDi version of the Sportage sips a claimed 6.3 litres per 100km, which should be good for at least 1000km on its 62-litre tank.

The one we spotted on AutoTrader came with an automatic gearbox, and it’s well-appointed in terms of standard features for moms and pops who need a safe car to lug the kids around to school and back. The Sportage also works well as a holiday vehicle thanks to its spacious interior and large trunk. Give it a shot, but also consider the Hyundai Tucson as they share gizzards.

If your Golf R or alternative hot hatch of choice loves to guzzle petrol, you might want to consider jumping into a Volkswagen Polo GTI. Although a 2.0-litre four-cylinder engine powers the Polo GTI, which some might consider a large powerplant, it’s surprisingly frugal when driven with a light right foot.

The Polo GTI uses a claimed 5.9 litres per 100km on average, which should be good enough to extract almost 700km per tank. Of course, if you drive it like a GTI all the time, expect to become good friends with your local petrol station attendants.

We love the GTI for its predictable handling, convenient five-door layout, decent boot, comfort, and performance. Some say the Golf GTI is the best hot hatch you can buy, but we reckon the Polo is one to have, and you can have this one for less than R500 000. A Clio RS could work here, too, with its efficient 1.6-litre turbopetrol engine, but its hard ride might not appeal to everyone.

If you’re looking to jump into a more fuel-efficient car, take a look at the pre-owned offers on AutoTrader.

Worried about the fuel price? You might want to consider these used fuel-efficient vehicles | Wheels (news24.com) 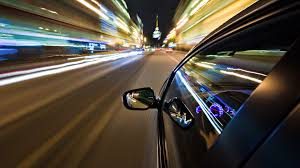