Small cut in petrol price expected next week, but diesel will go up

The petrol price should see a slight cut next Wednesday, while diesel prices may head higher.

According to the latest price forecast, released by the Central Energy Fund, the price of petrol (unleaded 95 octane) should decline by 10c to 11 cent per litre on June 2, while 93 octane is on track for a 9c cut.

The Department of Mineral Resources and Energy is expected to announce the official prices later on Friday.

Diesel is currently on track for a 20 cents per litre increase. A 21 cents-per-litre increase is on the cards for illuminating paraffin.

In May, petrol (both 93 and 95 ULP and LRP) dropped by 9 cents per litre. This was after after a record hike of 100 cents per litre for petrol in April, which left petrol in R17/l territory. Revised fuel and road accident fund levies had also kicked in.

Because South Africa imports most of its oil, fuel prices in South Africa are determined primarily by the international oil price, which is priced in dollars. The rand-dollar exchange rate therefore also has an impact on the price South Africans pay at the pump.

While the rand (R13.79/$) is currently trading at its best level since 2019, oil prices have rallied this month.

Bloomberg reports that oil is on course for another monthly gain in May, the fourth of five this year, as investors wager that progress in combating the Covid-19 pandemic will spur energy consumption. The recovery is most evident in the US, Europe and China, while virus waves continue to roil economies in parts of Asia and Latin America. The rally in crude is part of a broader advance in commodities.

Brent crude oil is currently trading at around $69 a barrel, from $38 a year ago.

Small cut in petrol price expected next week, but diesel will go up | Fin24 (news24.com) 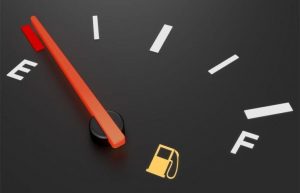